For many years I had endured an incurable medical condition called ‘Ulcerative Colitis‘; a basic explanation for this condition is intestinal bleeding.  Typical symptoms I was experiencing were frequent flatulence and I bled constantly whenever I visited the bathroom.  I was frequently tired unless I pumped iron supplements into my system.  Racing to the bathroom just to make it in time if you get my meaning was a normal part of the day.  It was a nightmare at the condition’s worst.

It had reached the point where no medication helped.  It was getting worse and there seemed to be nothing I could do.

Over the years, I had prayed to God for Him to heal me from this condition.  God is a healing God, however, He heals us in His perfect time, not ours. 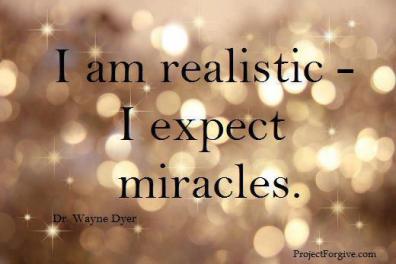 On November 1st., 2015, I attended a service at Enjoy Church where a guest Pastor was preaching.  At one point during the evening, he mentioned that someone had intestinal bleeding and whoever it was, was to walk down the front.  Immediately I experienced the power of God envelop me from head to toe; I knew it was me he was referring to.  I walked out of my seat and got as far as the front row of seats.  The Pastor said ‘stop’, so I stopped.  He then told me to close my eyes, so I did.  After this, he told me to take three steps forward, (at this point I remembered the story of Naaman in the bible and how through his obedience, he was healed) so I took the three steps forward.  After several seconds, the Pastor then told me to open my eyes, and then he simply said ‘God has healed you’.  I went home that night and for the first time in ages, I wasn’t experiencing any of the symptoms.  I stopped taking my medication immediately.

I was healed and the ONE THING that cemented me believing I was healed before I even left the church that night was an event that happened years earlier.   ‘God has healed you’ in the tone of voice this Pastor used, was not the first time I had heard that.  God spoke the same words to me years earlier when He told me to tell a person exactly that after I had prayed for him.  It was the very same tone of voice, spot on the same. (not the same voice, the same tone)

Well, it’s been almost five months now; I am no longer paying out over $70 each month on medication.  I no longer experience any of the awful symptoms.  Life is much easier.  I can plan to go out for the day now without having to concern myself on whether a toilet will be nearby or not.

I’m feeling so grateful and so blessed at the good things God has done and continues to do.

Special thanks to my friend and Editor, Mary Gray.